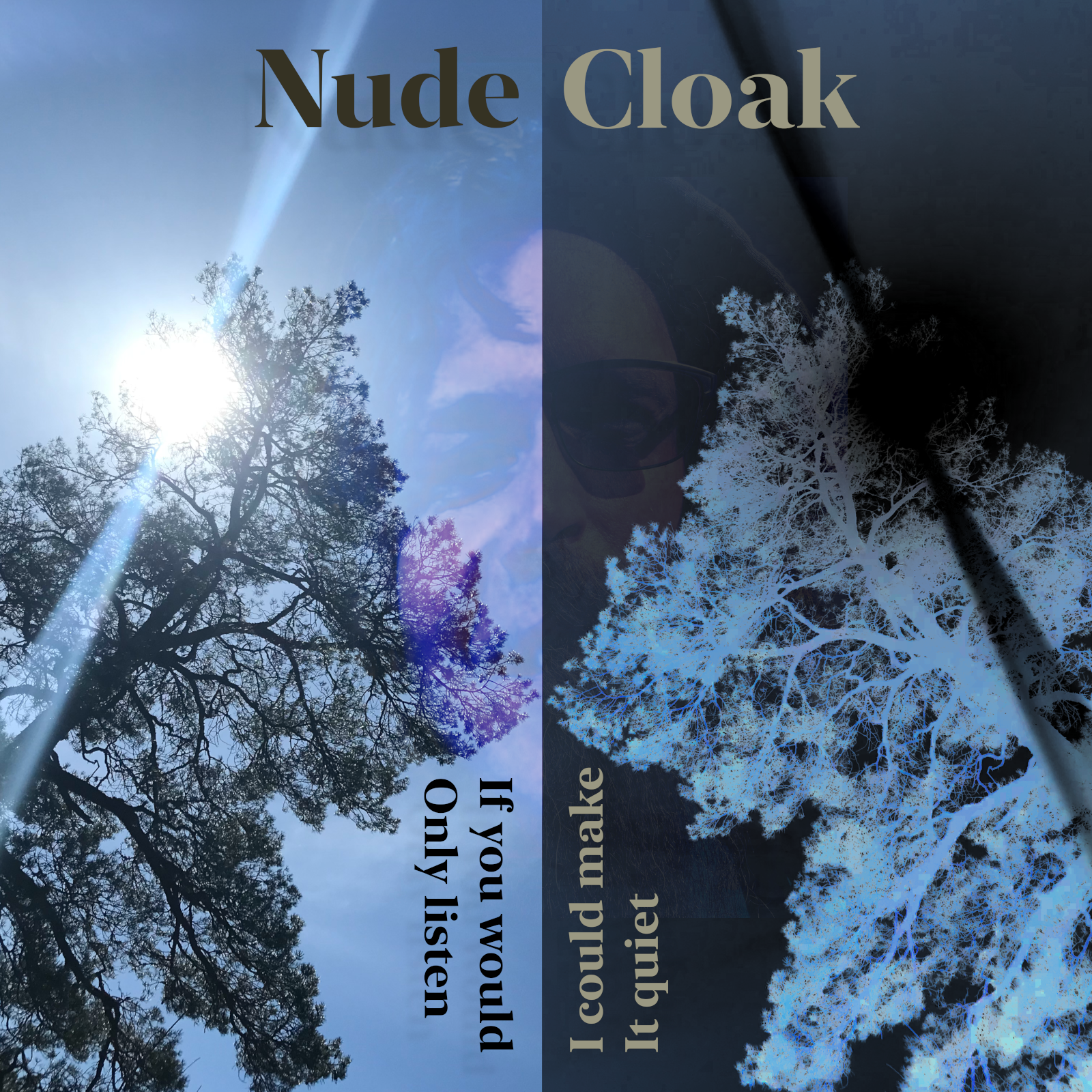 So we finally released our new single. I took upon myself the task of creating a video, a new experience for me.

Entering can be an intense experience. As we had scant little video material of ourselves, I wanted to create a more general piece and try to convey the general mood of the music.

We went for something vaguely disturbing. We cloak the facade, and thus expose it as just that; a facade. To find meaning we have to dig deeper.

In Blender i made an ocean waves animation that i used as an overlay on a movie from the Prelinger Archives and some stock static noise footage. The movie was never meant to be the focus, it was made as vague as possible to underscore the general mood of the music.

The result can be seen above.

You are welcome to let us know what you think about the music or the video.

Or: We will not hold your hand.

We make abstract music. There are themes, but they are either expressed a few times over the span of an whole album, or repeated at length until your brain might forget it’s even there.

I like polish. I love music that floats, one idea seamlessly blending into the next. Elegance hidden in plain sight. I do, but on If You Would… we have worked hard to never let you really sleep on the material. It needs to be relevant to you, and we hope that the listener will discover new things as they listen more than once, both on the micro- and macro-scale of the music.

We’ve intentionally left many imperfections for you to ponder on. There are clicks and pops. There are imperfect loops. There are sudden endings or variations in volume. You will wonder How did they do that? And you are welcome to. You will probably wonder about the quality of the music; if you like it or not. You are welcome to. You are meant to. We have done our part. Now we hope to provoke you to think about music, maybe even in a new way.

We will not hold your hand. We will not demand that you like what we do.

But we hope you will listen.

For the moment, if you search the internet for the phrase Nude Cloak, you´ll risk getting results more biased towards nudity than music. We hope to change that.

But I stand by the name. Andreas and I have many times argued over the basic feel of the music we make. I want it swamped with reverb and echoes, he has a love for the bone dry, unprocessed, natural sound.

Over time we have grown into celebrating this duality: Andreas wants it dry, or “nude,” I want it swamped, or “cloaked.”

Before the pandemic, back in 2019, I had an Idea for a new concept. Andreas and I was at the time (and still are) deeply committed to our more conventional funk/blues/happytimes band Shake, but I wanted to do something so far out, quiet and, well, different, that it could not be contained by the already successful concept that is Shake. Andreas was already playing his share of acoustic experimental music, so it was only natural to ask him first.

Besides being immediately positive to the Idea, Andreas had recently invested in a new digital interface system in his small studio, and was keen to try it out on something a bit different. So on January 23, 2020 we sat down in a renovated pigsty and just let it happen. We played for some hours, just recording as we went. It was all live, just the two of us.

This was never meant to be more than a technical test. We agreed it was fun, we packed our stuff, and I asked Andreas for a copy of the files.

So on January 23, 2020 we sat down in a renovated pigsty and just let it happen.

The result was beyond my wildest dreams. This was exactly what I was looking for, and I felt my life taking a new turn, my future branching out in ever new and unknown ways. Andreas was pleased, but unsure if this technical test was something worth preparing for a release in any format.

As the months passed, and covid was on everyone’s lips and every newspaper front for a couple of years, the material grew and matured in both Andreas and me. I wanted to release 90 minutes of uninterrupted live music, Andreas patiently told me this was not practical. Sometime this year, he sent me a batch of smaller clips, and I got his point. He ended up, through many long discussions, doing a light remix of the material as well as altering the finished sound rather much. The heavy saturated sound with a sometimes thick base layer of noise is, I think, a touch of genius. The sound now has more layers, and each layer is its own story.

When you get the chance, listen to the last track, “Tuning out”. The piano tells a story, but the background noise is not a byproduct. It is its own counterpoint and is vital to the narrative.

It has been a long trek from the relatively short recording session. I hope people will listen. We can make it quiet.